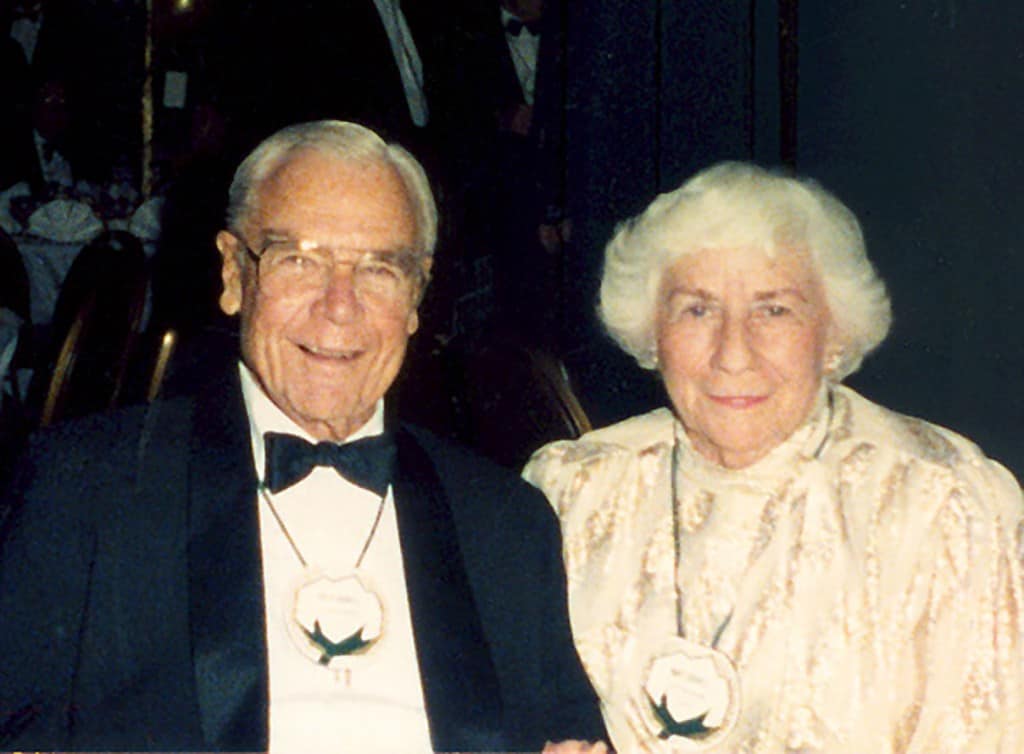 Field Scovell was the consummate goodwill ambassador and patriarch of the Dallas sporting community. His famous ‘Howdy, Podner’ greeting, spontaneous one-liners, and the crunch of his handshake opened countless doors for the City of Dallas.

For nearly four decades, Field served as Team Selection Chairman for the Cotton Bowl Athletic Association. Some attributed his success to a dish of his famous homemade ice cream served up by his wife, Mary. Regardless of what his secret may have been, people around the world knew him simply as “Mr. Cotton Bowl.”

But Scovell’s reach went far beyond the Cotton Bowl. At one time or another, he was a member of the Dallas
Independent School District Board; member of the Dallas Parks and Recreation Board; chairman of the Dallas Chamber of Commerce; president of the Salesmanship Club; director of Children’s Medical Center; and a lay leader in the Presbyterian church.

Despite all of Scovell’s numerous positions of service, the role he cherished most was that of a husband, father and grandfather. Field passed away in 1992 at the age of 85, but through the work of the Foundation, his legacy continues to serve future generations.

It’s often said that behind every great man is a great woman and for nearly 50 years, Mary Scovell stood by Field’s side. She was the matriarch of the Scovell Family.

Mary Scovell was the high watermark for academic achievement in the Scovell family. She was the valedictorian of her High School class and was a part of the precursor to Phi Beta Kappa at SMU. Mary Scovell was a volunteer at Children’s hospital for more than 50 years and embodied a life of selfless service that the foundation seeks to reproduce.

Mary did a masterful job of carrying on Field’s Legacy. Family was the priority for Mary, and all of Field and Mary’s children and grandchildren are still involved in the work of the Scovell Scholarship Foundation.

Following her passing in December 2007, the Foundation received more than $225,000 in contributions in memory of Mrs. Scovell.